Like most Shopify stores, you’ve probably already set up an email subscription pop-up on your store.

It’s probably working OK, with a conversion rate between 1% and 3%.

But what if I told you it was possible to double this number?

Here’s a screenshot from one of WisePop’s top performing Shopify clients.

In this article, I’ll share 5 simple (yet original) strategies you can implement to boost your Shopify pop-ups.

Let’s not waste a minute!

Last year, we checked 300 Shopify stores to understand how they were using pop-ups (yes, it took us quite a while).

One of the conclusions of this study was rather depressing: 75% of the stores display their email pop-up right away.

As pop-up experts, we were shocked.

Displaying a pop-up right away is absurd from a visitor standpoint — actually, web users hate pop-ups that are displayed on landing:

It’s also not the best way to maximize conversions (in our experience).

I’d love to be able to share a universal rule for pop-up timing. But it’s not that easy. Let me explain why.

Let’s look at this typical example from a top Shopify store:

Personally, I tend to think the conversion rate is the most important thing (because it means your pop-up is annoying a smaller proportion of your visitors). But you may prefer collecting more emails.

We also noticed that even the slightest change in timing can have an impact.

That’s why rather than sharing a universal timing rule, I’ll share this simple recommendation: test your pop-up timing!

Most users new to pop-ups don’t think about creating a second pop-up when they first start using them on their website.

I can’t blame them: you’re already displaying a first pop-up; why spam your visitors with a second one? Plus, you risk displaying a second pop-up to someone who already saw one…Right?

Adding a second pop-up creates a new opportunity for you to convince your visitors to share their email address. Moreover, you can exclude the visitors who already shared their email from the second campaign.

Here’s an example of this strategy in action.

This store displays a simple Shopify email pop-up when the visitor lands on the website. The message is pretty simple and the overlay doesn’t include any incentive. 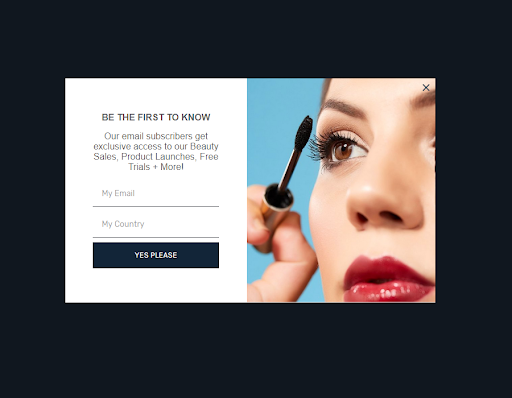 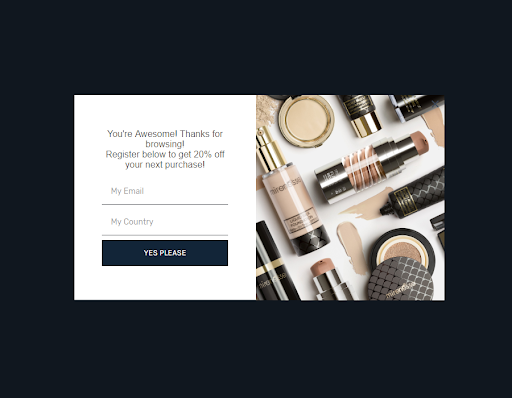 Notice the difference? The second pop-up includes a 20% discount to convince shoppers to leave their contact details.

In terms of results, this second campaign allows the store to collect 34% more emails than with a single pop-up.

Let’s push this strategy even further.

They display a first “classic” Shopify pop-up on landing:

And to give their email list a boost, they display a second email pop-up on sold out items’ pages: 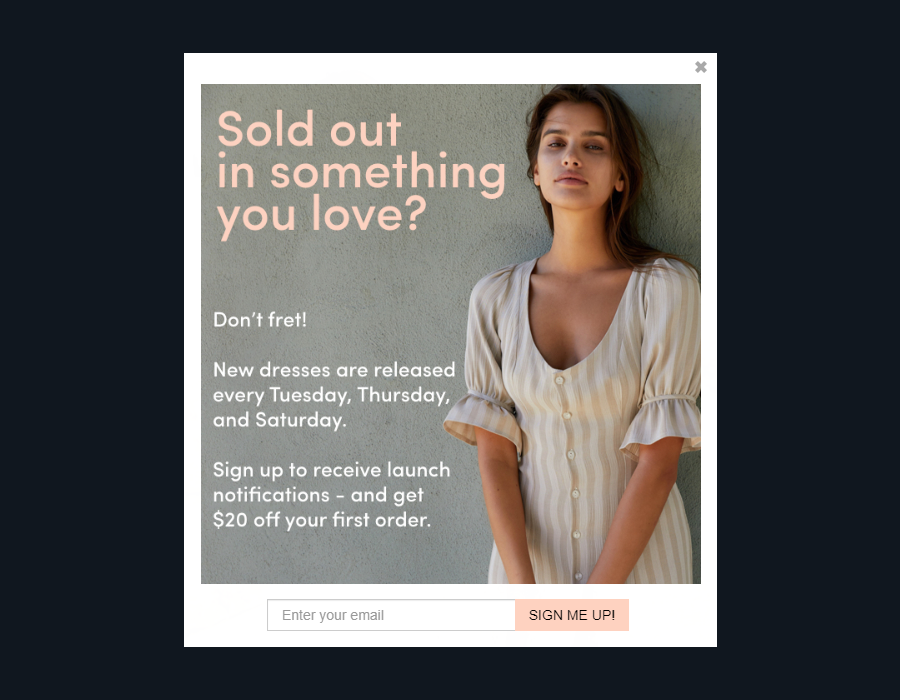 How are they doing this?

And here are their results:

This second pop-up now collects more than one-fourth of all the emails the website collects.

If you’re like most online retailers, a majority of your traffic is mobile.

And if your mobile visitors are like most mobile users, their conversion rate is lower than desktop users (2% vs. 4% according to Salesforce’s study).

That’s why it’s critical to implement a reliable email collection strategy for these visitors –after all, you might never see them again.

On mobiles, most stores display this kind of pop-up: 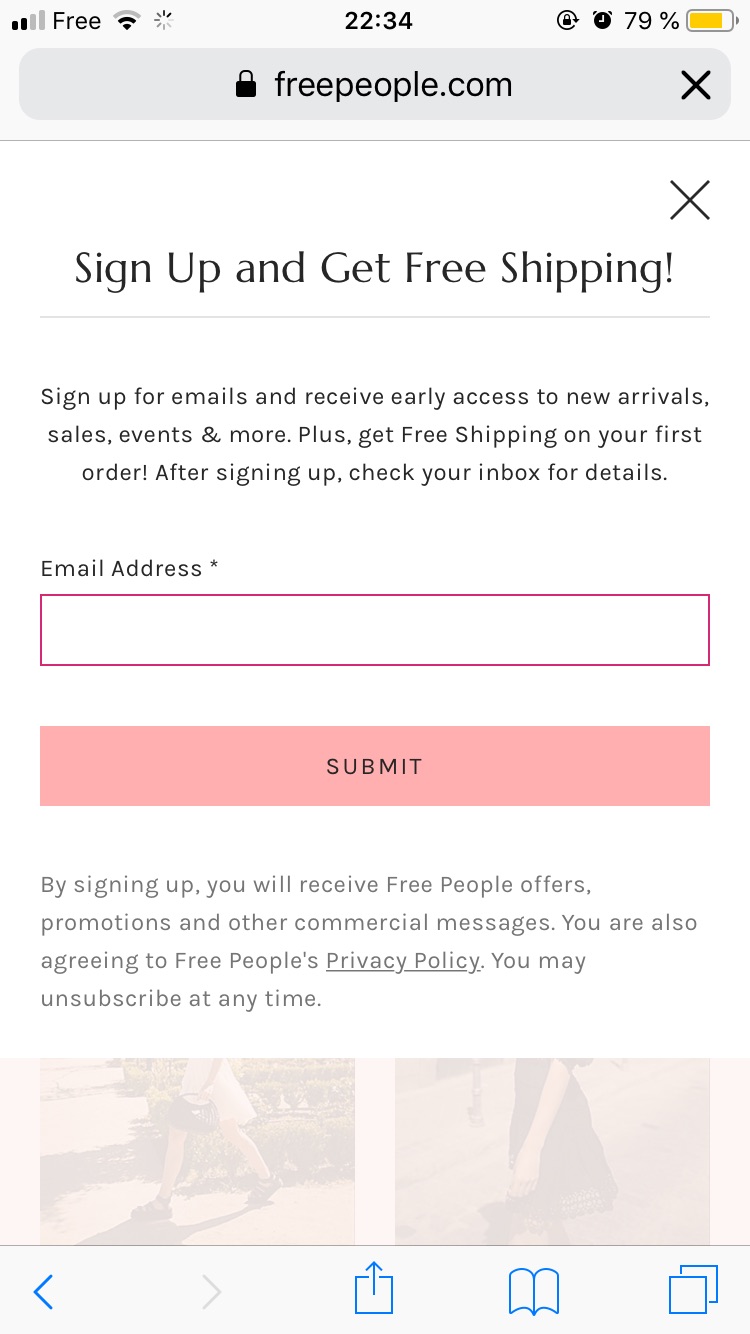 I have a better strategy to suggest: using call-to-action pop-ups.

If you’ve never seen one, here’s how it works: you display a call-to-action in one of the corners of the screen. 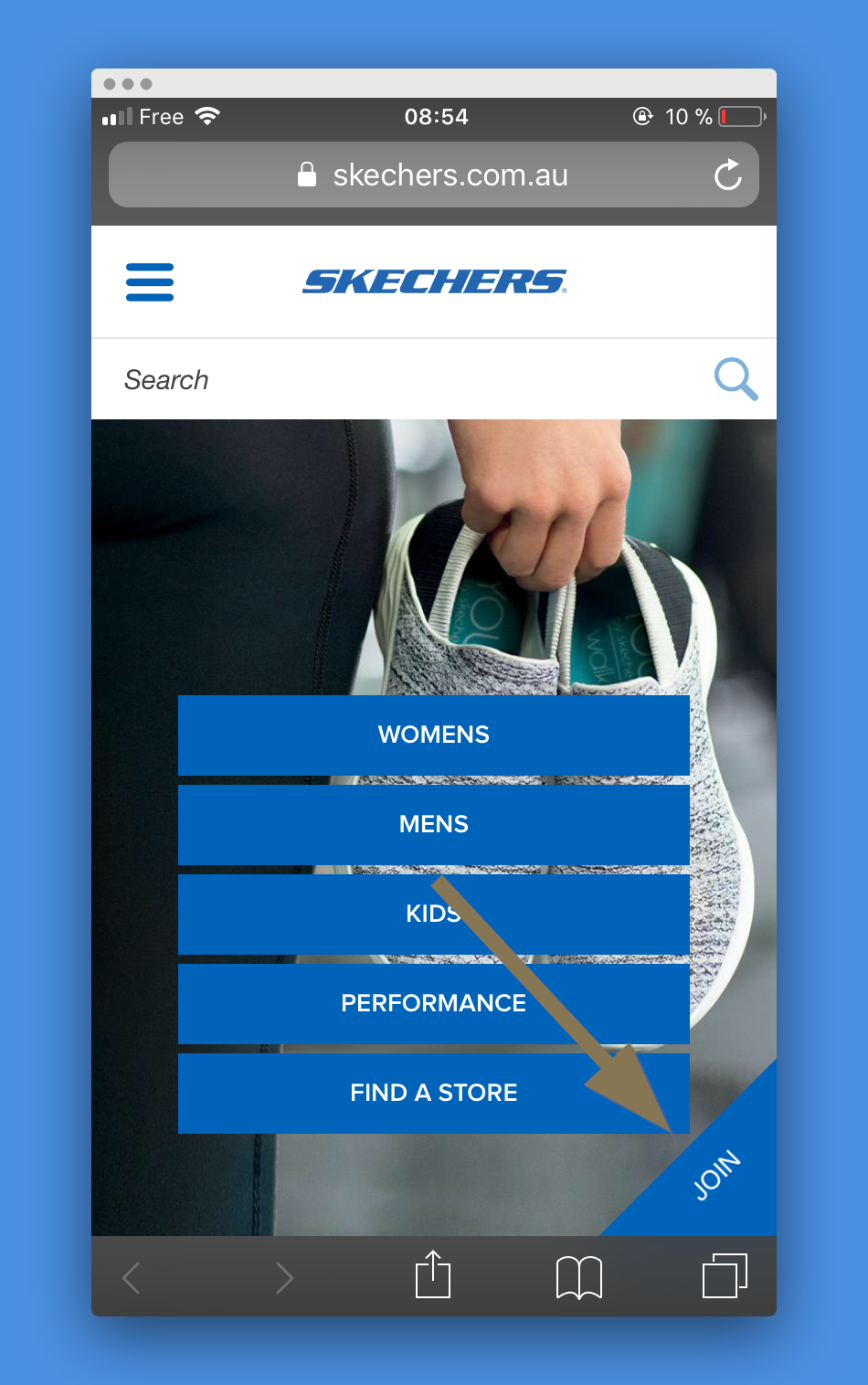 When clicked, it displays the modal: 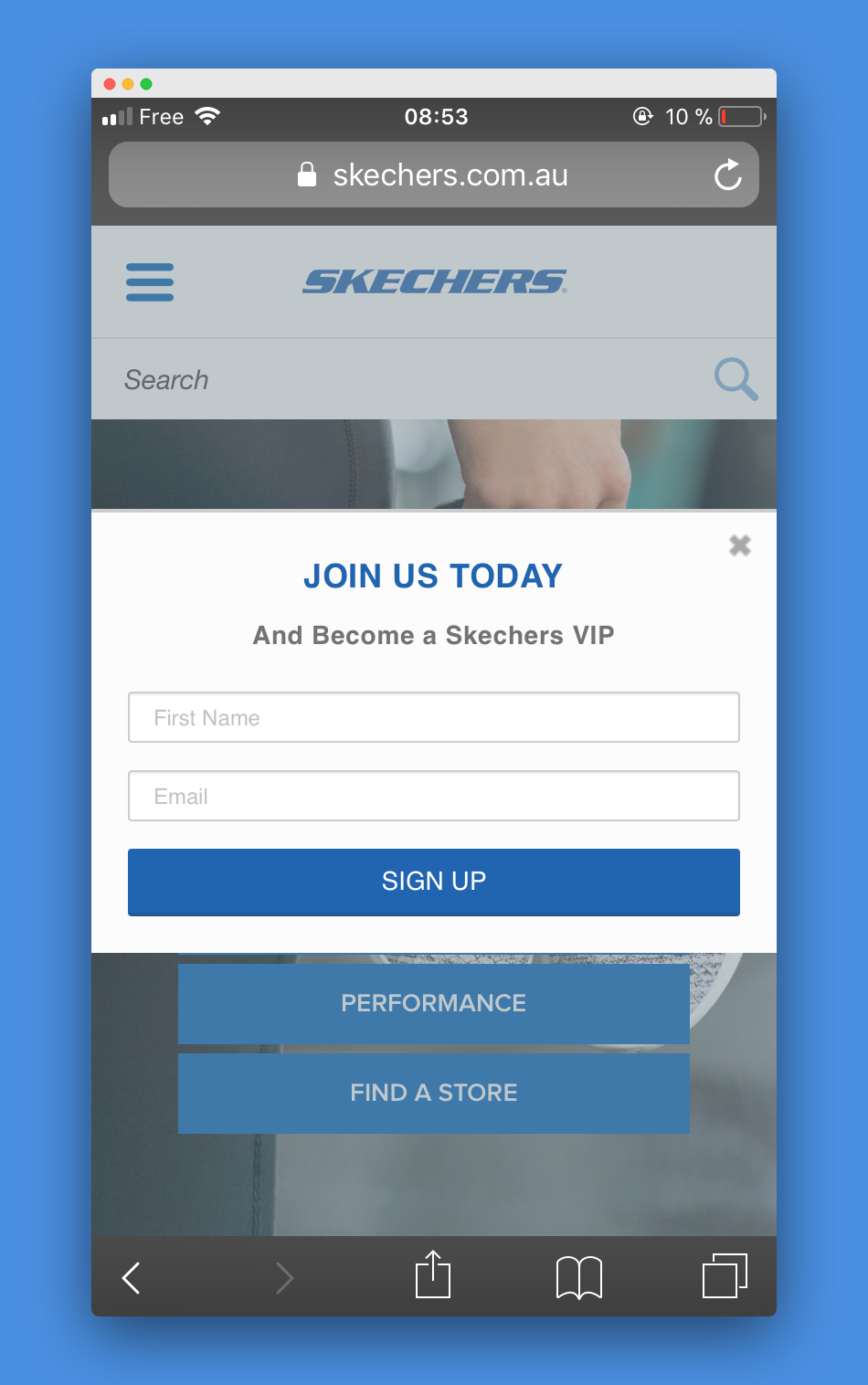 Why are these CTA pop-ups so interesting?

Second, since they’re less intrusive, you can display them on all pages. Meaning that you have more chances to get your pop-up displayed…

Third, because they work! Here are the results of an A/B/C test we ran with Skechers:

In short, don’t settle for a responsive pop-up: give CTA pop-ups a try — they’re worth it!

Strategy 5: Add an exit pop-up to your checkout page

Until now, we’ve reviewed non-technical strategies. This one is different: it’s kind of a hack.

Let’s start with a simple observation: your checkout page is one of your key pages.

Yet, if you’re familiar with the Shopify ecosystem, you know that Shopify limits customizations of this page. If you’re using a pop-up app, you’ve probably already noticed that it doesn’t work on your checkout page…

That’s when this hack comes in handy. It allows you to add a script to your checkout page and load your pop-up app there.

Here’s how it works. 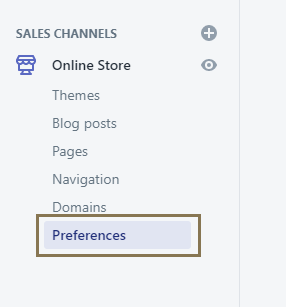 What’s so exciting about this section?

It allows you to load any JavaScript snippet on the checkout page. And most, if not all, popup apps work using a JavaScript code, often called a tracking code.

So here you can simply copy and paste your app’s tracking code: 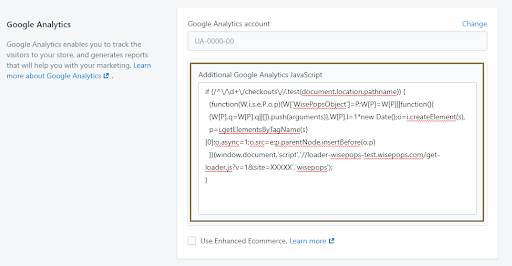 To make sure the script is executed on the checkout page only, we start the snippet with this code:

You can then paste the tracking code of your pop-up app. With WisePops it would be:

And there we go: our exit pop-up now appears on the checkout page!

All without having to upgrade to Shopify plus…

(Please note: you will have to contact Shopify’s customer support team to activate this option.)

As you can see, pop-ups are not only simple to implement, they can produce awesome results. They’re definitely worth giving a try on your store. 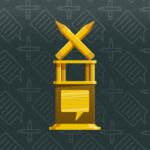 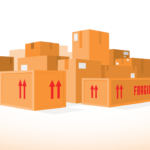 Greg d’Aboville is a pop-up expert at WisePops, a Shopify pop-up app. He’s helped top stores such as Christy Dawn, Inkbox and Skechers with their lead generation strategies.