Shipocalpse, Shippageddon, or Shipgate — whatever you called it, shipping during the holidays was reported to be something of nightmares. Even before BFCM, merchants were warned that shipping carriers weren’t prepared to handle the package volume.

E-commerce fulfillment experts, ShipBob, created a great resource to visualize the time in transit from four leading carriers, and illustrates how deliveries were affected by the holiday rush.

If you’re not re-evaluating shipping carriers based on their past performance, you should be.

Using aggregated data across tens-of-thousands of Shopify stores using our Tracktor app, we are able to share unique insights about the 2020 holiday shopping season.

How long does an order take to reach a customer’s doorstep after they’ve completed checkout?

Amongst the big four, FedEx proved to be the fastest, averaging 6.7 days between checkout and delivery, only slowing slightly as time went on. UPS clocked in at a slightly longer 8.5 days, and showed a similar slowing trend as they marched closer towards Christmas.

DHL – perhaps because of its large international footprint – took an average of 9.3 days to arrive on customer’s doorsteps. Interestingly, between December 6th and 9th, an end of year push by DHL brought average delivery times down by nearly a whole day. Unfortunately, this proved to be unsustainable, and delivery averages slipped to 10.25 days until they recovered post-Christmas.

Surprisingly, USPS averaged 8.42 days to delivery making it the 2nd fastest option and the largest carrier by volume. When you consider they were also moving an unprecedented number of mail-in ballots, and other post, their performance is impressive!

If you were dropshipping from overseas, customers had little chance of seeing their packages arrive in time for the holidays unless they planned ahead. CJ Packet proved to be the fastest with 19 days to the mainland, but anything from AliExpress took nearly 26 days, and China EMS was even longer at 33.

Knowing these average days to delivery per carrier helps you create campaigns that lift order counts. “Order by date to be sure it arrives in time for the holidays!” is a great way to add a sense of urgency to abandoned cart emails or other campaigns. It’s critical to communicate these dates clearly and set the right expectations to avoid the wrath of disappointed customers that can flood your inbox.

Looking at order volume from mid-November through the first week of January shows consumers began their holiday shopping prior to Black Friday, presumably because a growing number of retailers began dripping deals earlier than prior years.

Overall, Black Friday proved to be 41% bigger than Cyber Monday. Just that holiday weekend represented 24% of the entire holiday season’s order volume. December 13th roughly marked the end of the shopping season as order volume started to trail off until Christmas day.

While orders came in early, carriers were at capacity all season long:

Those early orders congested shipping networks which took most of the month to deliver those fulfillments. By the last week, fulfillments decreased to manageable levels. There was even a slight increase in the new year presumably from shoppers taking advantage of year-end deals.

Again, it was a very unique shopping season; one the shipping carriers won’t soon forget either. Don’t dwell on whatever happened in 2020. Focus on tomorrow and all the ways you’re going to delight customers! 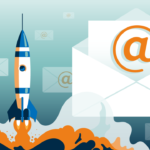 Cybercrime and Data Deletion: A Security Strategy is a Must-Have for Your Store 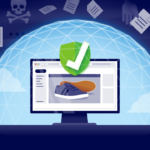