What does Bitcoin mean for SMBs

In just a few short years, Bitcoin has become a digital jackpot. The virtual currency and payment processing network has increasingly gained momentum and credibility since 2009. The crypto-currency is accepted by thousands of merchants across the world, including Overstock.com, WordPress and Reddit.

Though Bitcoin may sound like online gold, there is always a flip side to the coin. The young concept is not without its significant share of risks as its legitimacy staggers. Russia and China discredit Bitcoin as an acceptable currency. Most recently, Japan’s cabinet has rejected it too. In the US, the IRS coins Bitcoin as property, not currency, for federal tax purposes. Let’s roll further into the Bitcoin service and its worth for businesses.

Bitcoin is both a form of currency and a payment processing solution. Created by an unknown programmer with the alias Satoshi Nakamoto in 2009, Bitcoin runs without a governing body or entity controlling it (i.e. banks or governments), thus decreasing or eliminating transaction fees and regulations. Instead, the whole Bitcoin system is run by each computer that is connected to a network and running the Bitcoin software.

The software itself is open-source, so anyone can inspect the workings of the entire system.

How does bitcoin work?

Bitcoins are held in a virtual “wallet” where you send, store and receive bitcoins. The wallet is a software installed on a computer or as an app on a phone. To pay someone with bitcoins, one sends the virtual currency to a unique key or “signature” associated with another wallet. The transaction is then verified by computers across the Bitcoin network.

Where can I get bitcoin from?

There is a limited number of Bitcoin in existence, just like any currency. Bitcoins can be received as payment (much like wiring/transferring money), bought with conventional currency for exchanges or for investments, or are “mined”.

“Mining” refers to maintaining the bitcoin system’s ledger record of all transfers and transactions called the block chain. Mining has become a competitive process for computers as each validated payment added to the block chain is rewarded 25 bitcoins.

How can Bitcoin serve merchants?

Far and large, the biggest win in Bitcoin is that there is no middle-man. For small businesses, the lack of PCI compliance reduces the fees applied to credit or debit card transactions in their stores. Bitcoins can also be sent anonymously, securing and ensuring customer privacy.

It’s also easy to accept payments regardless of where the buyer is, making for hassle-free international transactions. There are no “foreign fees” and the money is transferred in less than 10 minutes, immediately converted to a preferred currency. In addition, bitcoin can be used by individuals without bank accounts, opening the market to more consumers and theoretically expanding the market to undeveloped countries.

How to start using Bitcoin for your business

Accepting Bitcoin for an online store is fairly simple. The company BIPS offers plug-ins that integrate right into Shopify, Bigcommerce, Magento, and other online store platforms. According to their official site, BIPS will disburse the amount in the preferred currency and automatically convert a store’s prices into Bitcoin’s daily running rate. The service has a low monthly fee and no transaction fees. Companies such as Shopify and Big Commerce have recommended BIPS for Bitcoin integration.

If you don’t have a full-fledged online store and still want to accept Bitcoin, this Bitcoin Wiki page has a large list of other service providers. Note the list is not vetted and so credibility of each provider is undetermined.

With all its positives, Bitcoin has its side of negatives. The cryptocurrency is incredibly speculative and unsteady, with the currency’s worth and demand rapidly fluctuating on a regular basis. The price of a bitcoin was around $13 US dollars in January 2013 and rose to more than $1,073 in November. Its value quickly plummeted once China forbade banks from accepting the digital currency late last year. The current rate of bitcoin is worth around 442 US dollars. (To check on the current Bitcoin rate, visit this website.) Additionally, with no fix value, there is no way to consistently and accurately quote a product’s worth or value in bitcoin.

Another issue is Bitcoin’s vulnerability and transparency. Wallets stored on apps and computers risk being accidently deleted or destroyed by a virus. Wallets stored in the network cloud have been hacked and companies have fled with customers’ bitcoins.

Bitcoin is also regulated publically, as all transactions are publicly available on the Bitcoin network. Knowing someones wallet address exposes every single transaction made. Though names of buyers and sellers are never revealed, a competitor or potential customer could view an entire revenue history of a wallet ID.

Moreover, since Bitcoin is an ungoverned, anonymous open source uninsured by the FDIC, it’s also a hotbed for fraud and criminal activity. Last fall, the US FBI busted Silk Road, an online exchange for criminals, seizing $25 million in bitcoins. With no online security, exchanges and wallets are vulnerable and susceptible to attacks. Mt. Gox, the biggest Bitcoin exchange company, had collapsed this past February, claiming bankruptcy due to a loss of 850,000 bitcoins (then worth about $500 million) to “malleability-related theft”.

What is the future of Bitcoin?

The concept is uncertain. With Mt. Gox’s recent bankruptcy, it appears Bitcoin is nowhere near ready for mainstream acceptance. On the other hand, the revolutionary online currency alters our idea and practice of money and exchanges, proving the economic market can thrive without the control of banks and governments.

Which Bitcoin side are you on? 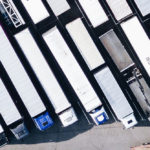 Save Time, Costs and Customers With the Right Shipping Solution 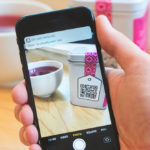